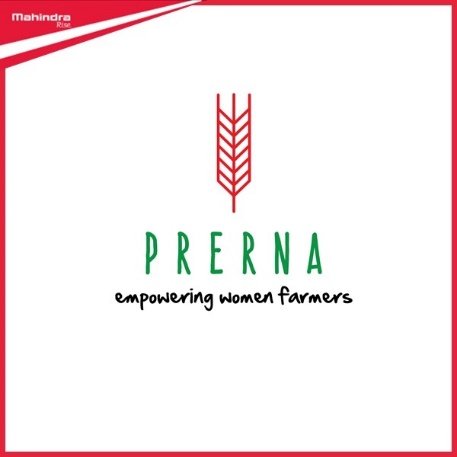 • Highlight the role of Prerna in empowering women farmers

Designed to bring to light the challenges that women farmers face and empower them as change makers in agriculture, this campaign highlights how Prerna is a strong change catalyst. Conceived by Lowe Lintas and directed by National Award-winning director Paresh Mokashi, the story of this film is rendered through an innocent child and his mother who is a farmer.

Launched in October 2017, the Prerna initiative was shaped with the intention of transforming the lives of women farmers, providing them with a better social status and respect in society. The key constituents of the program include introduction of gender neutral farm tools for reducing farm drudgery, and dissemination of knowledge and capability for increasing farm productivity. The ultimate objective is to increase overall income, resulting in financial independence and empowerment for women farmers.

Link of the film: https://www.youtube.com/watch?v=VKrxxwusuSQ&feature=youtu.be

Speaking on the campaign, Rajesh Jejurikar, President, Farm Equipment Sector, M&M Ltd. said, “Women farmers are the unsung heroes of our agricultural landscape. They carry a great part of the burden of their family, playing a multidimensional role, despite limited resources and restricted access to knowledge. Through Prerna, we aim to empower them with the necessary opportunities, training and equipment to be better skilled and more productive in farming operations. I am thankful to ZEE for their support in this unique initiative which aims to bring awareness about the role of women farmers through Prerna”.

Punit Goenka, MD & CEO, ZEEL said, “Agriculture is one of the most important sectors for the Indian economy and in fact provides employment to almost 50% of the country’s workforce with women being at the forefront. There is an emerging need to recognise their contribution and to bring these women into the mainstream, empowering them with direct access to knowledge of improved agricultural practices. We at ZEE Entertainment are proud to join hands with Mahindra to launch Prerna – an initiative to recognize, appreciate and empower women farmers”.

The first phase of Prerna was executed over the last 18 months, in over 40 villages in Odisha positively impacting the lives of over 2,000 women farmers. This phase was executed in partnership with the Central Institution for Women in Agriculture (CIWA), a department of the Government of India’s Indian Council of Agricultural Research (ICAR) and the NGO Pradan (Professional Assistance for Development Action), with the introduction of 14 farm implements, reducing drudgery in farming operations.

Currently Prerna has forayed into 60 villages across the key states of Madhya Pradesh, Maharashtra and Karnataka in partnership with the BAIF Institute for Sustainable Livelihoods and Development (BISLD) with the aim of empowering & reaching out to over 6,000 women farmers, as change makers in agriculture. The plan is to work closely with women farmers to improve agricultural practices, introduce farm mechanisation and facilitate peer learning among the women farmer community.