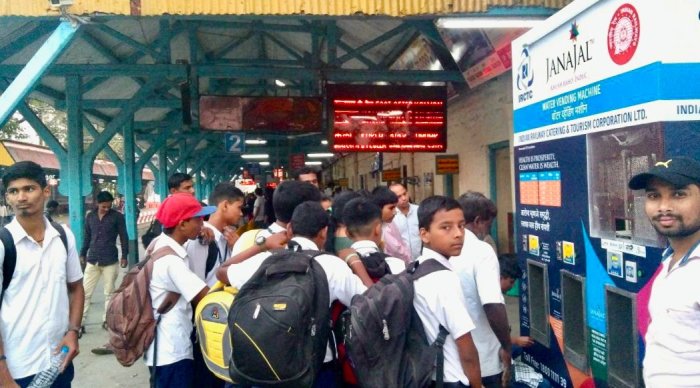 More than 100 new jobs will be created as result of the project which will be completed over the next five months
The cluster of 61 water ATMs at Konkan Railway stations is expected to serve 7.5 million commuters daily, besides catering to local communities residing in the area
JanaJal will be using alternate superior technologies for water treatment that will minimise the wastage of water to less than 5%
Janajal is India’s premier company making safe water available through water ATMs 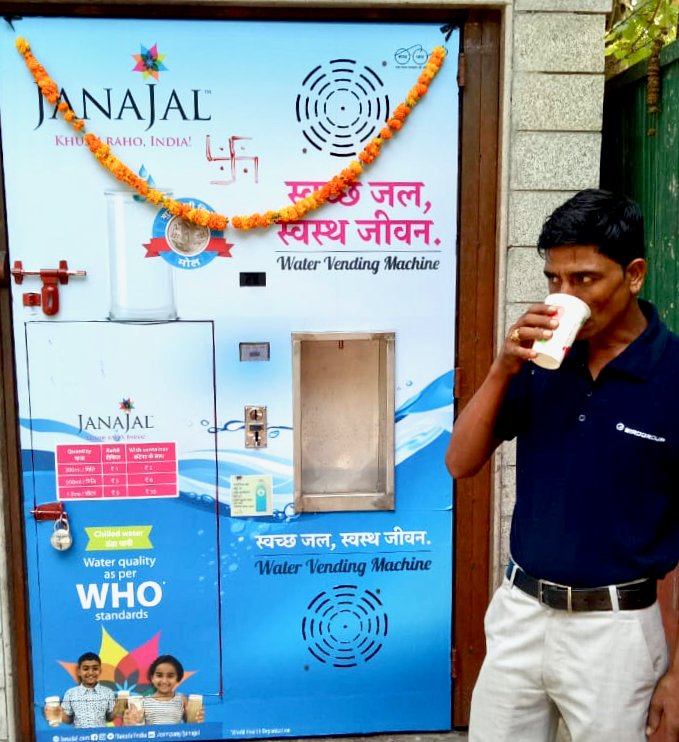 JULY 3, 2019: JanaJal, India’s premier water-services company, today announced it has secured contract for deployment of water ATMs with Konkan Railway Corporation Limited (KRCL). The contract is a concession for a period of five years for deployment of 61 water vending machines at all 59 railway stations of Konkan Railway, covering the entire stretch of KRCL across Maharashtra, Goa and Karnataka.

Announcing the contract, Mr. Parag Agarwal, Founder & CMD, JanaJal, said, “We are delighted to secure this contract with Konkan Railway Corporation Limited, as it becomes an extension of the 101 water ATMs that we have already installed across Mumbai and Maharashtra with the Indian Railway Catering and Tourism Corporation (IRCTC). All the 61 water ATMs at Konkan Railway stations will be managed by an operator to assist the passengers while securing safe water and carry out routine operations and maintenance activities. Through this project alone, we expect to create nearly 100 jobs and social entrepreneurship opportunities for individuals who can manage daily operations and maintenance at respective stations of Konkan Railway, thereby sustaining themselves and their families.”

Mr. Agarwal added, “The entire cluster of 61 water ATMs will be completed over a period of five months. Our initial survey has indicated that the quality of water in the Konkan region is one of the best in India and therefore there is no need for use of Reverse Osmosis (RO) technology for water treatment. Therefore, in line with our company’s sustainability goals, JanaJal will be using alternate superior technologies for water treatment that will minimise the wastage of water to less than 5%. RO technology would only be used on sites where the quality of raw water is found unsuitable for human consumption. This will be a major step towards water conservation without compromising the quality of safe water being dispensed and maintaining consistency.”

“The cluster of 61 water ATMs is expected to serve 7.5 million commuters daily, besides catering to local communities residing around the railway stations. The daily consumption covering all the railway stations is expected to reach approximately 1 lakh litres in due course and will help eliminate as many as single-use plastic bottles from the environment”, added Mr. Parag Agarwal, Founder and CMD, JanaJal.

JanaJal till date has similar projects in Maharashtra through 101 installations with Central Railways, Western Railways and Harbour Line, besides nearly 100 installed water ATMs at various Police Stations in Mumbai. With the implementation of this cluster in KRCL, JanaJal will have approximately 300 water ATMs in Maharashtra. The company intends to expand this network further in the state over the next 12 months.